The story about a white man who reportedly claimed to be Jesus in a bid to extort money from Kenyans and secure a seat for them in heaven has been debunked and is fake. The said white man was reportedly later arrested along with 2 pastors who empowered him, one from Kenya and the other from South Africa. 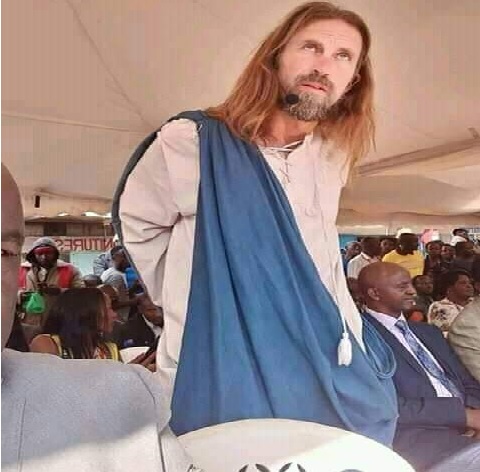 The report further alleges that after a Kenyan pastor announced that he had invited Jesus to come down to his church, the so-called white man who poses as Jesus appeared with long blond hair, and he was wearing a robe. He tried to look as much as Jesus Christ.

The fake Jesus was moved around the country in a motorcade as they try to convince believers that the white man was in fact Jesus Christ, who had finally come back as promised to save them. As news of Jesus Christ in Kenya spread around the town, Kenyan police quickly intervened and discovered that it was all aimed at perpetrating a fraudulent activity.

The purported fake Jesus is Michael Job, an American preacher, and actor who debunked the fake story on his social media. The photos that were used in supporting the fake news are actually from an event which took place in Kiserian town, which is about 25km (15 miles) southwest of Kenya’s capital, Nairobi. Job, attending the interdenominational Christian event as a guest speaker. 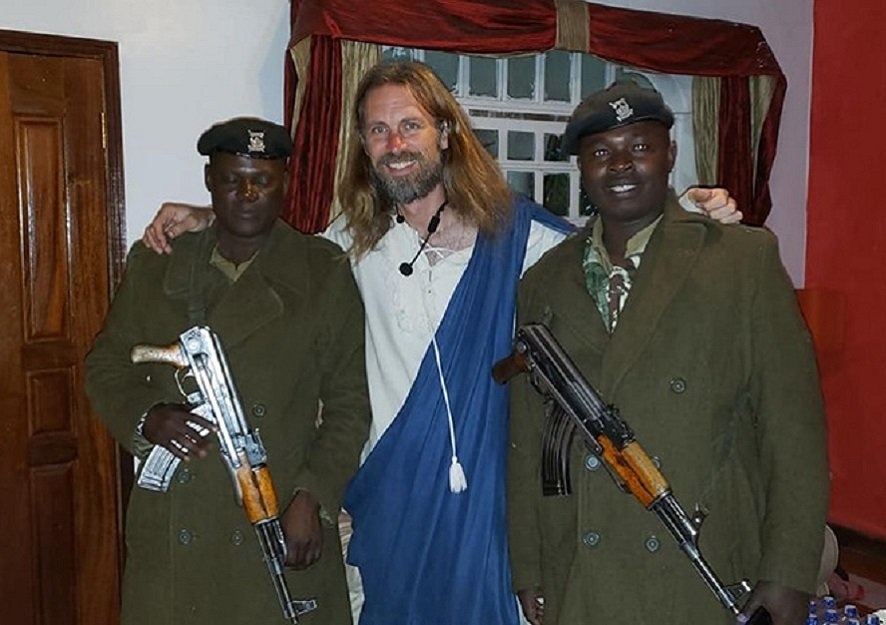 He lives in Orlando, Florida, where he has been playing Jesus at The Holy Land Experience theme park, which describes itself as “a living, biblical museum.” while debunking the fake story: Job wrote:

“Hey guys! Just to let you know there has been many false ‘fake news’ reports here in Kenya about me. I just did nine days of crusades in Ongata Rongai, Kitengela, and Kiserian Kenya where many people were saved and healed.”

“I dressed up as Jesus during these crusades my awesome friends and I performed many plays focusing on the life of Christ. Some people, known as ‘internet trolls’, have made false reports about me claiming to be Jesus, Jesus’ second coming starting in Kenya, me being found and worshiped in churches, and me being deported with pastors from the country, all of which are fake news.”

“I have gotten many messages and just wanted to let you know I am still here in Kenya, preaching in schools, hundreds of children are making decisions for Jesus every day.”

“This morning many students surrendered their lives to Jesus, and we are going to the next school right now.

Job is an American citizen, an actor, evangelist, and president of the Jesus Loves You Evangelistic Ministries. He has never claimed to actually be Jesus. He was invited to Kenya by local evangelists to preach in Interdenominational church during a three-day crusade. He is an actor that has played the role of Jesus on several occasions, so there really is nothing sinister about this at all.