UPDATES: At a hearing on 2nd March 2022, a Los Angeles judge approved Kim’s request to be legally single despite the fact that her divorce from Kanye West is still going on.

Kim was also granted permission to legally revert back to her maiden name. She therefore removed the name “West” from her social media accounts.

After Kim Kardashian filed for divorce from Kanye West last February, she tries to move on while still having a healthy co-parenting relationship with Kanye for the sake of their four children: North, Saint, Chicago, and Psalm. 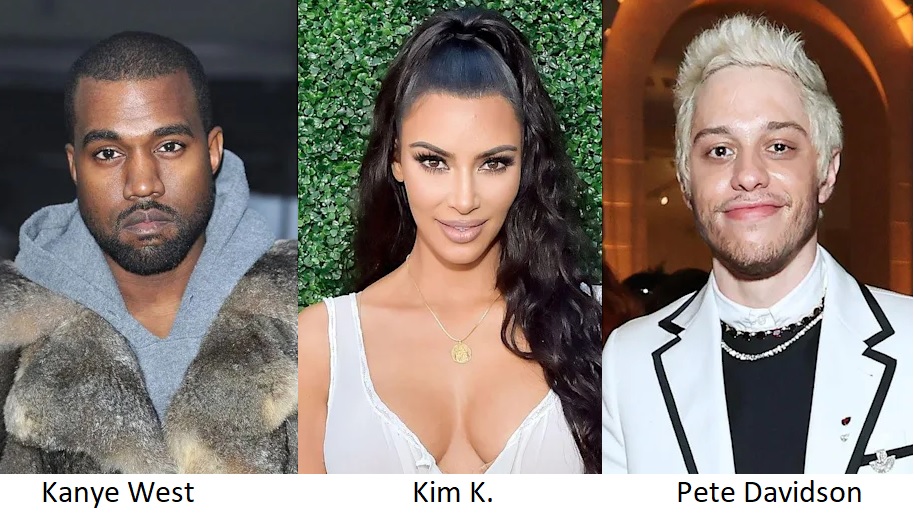 Kanye, on the other hand, has publicly said that he is doing all he can to get his family back together again. In other words, he wants to continue his marriage with Kim.

Not pleased with the fact that things are not going as planned, Kanye decided to diss Pete (Kim’s new boyfriend) in his song by rapping that he wanted to “beat Pete Davidson’s azz.”

That is a very childish behavior which could be likened to Donald Trump who foolishly said that in a boxing tournament with him, President Joe Biden will get knocked out within the first few seconds.

An ex-President should behave himself and stop talking anyhow in the public. Most people have said that they voted for Biden in order to put an end to the crazy administration that was led by Trump.

Back to the Kanye-Kardashian saga, Kim seems to have had enough after Kanye crashed his daughter Chicago’s fourth birthday bash without invitation. Hence Kim wants to officially ban him from her house.

In an Instagram clip, Kanye said “I just came from Chi’s party and I just gotta shout out to Travis Scott for sending me the address and the time, and making sure that I was able to spend that birthday memory with my daughter to be there with the rest of the family.”

Kanye West is now accussing Kim Kardashian of raising their children by cameras and nannies. According to him “The cameras watch the kids, y’all stop takin’ the credit Noncustodial dad.” But Kim and Pete are not pleased with this accusation.

However, Kim’s long-time pal, Paris Hilton is supportive of the relationship and wants Kim to be with Pete. “I’m so happy to see her happy. She looks so beautiful and smiling and I think they’re just so cute together,” she said.

Pete is said to have dated a lot of women in the past and it is being rumored that he can not stay with the same woman for a long time.

Going by Pete’s dating history according to online tabloids that are familiar with his previous relationships, it seems the truth is not far from the rumor.

The questions are how does he succeed in changing women so often? Does it mean he can’t really love a woman? Why would Kim Kardashian go into a serious relationship with such a man? Please, share your thoughts with us in the comment section below this article. 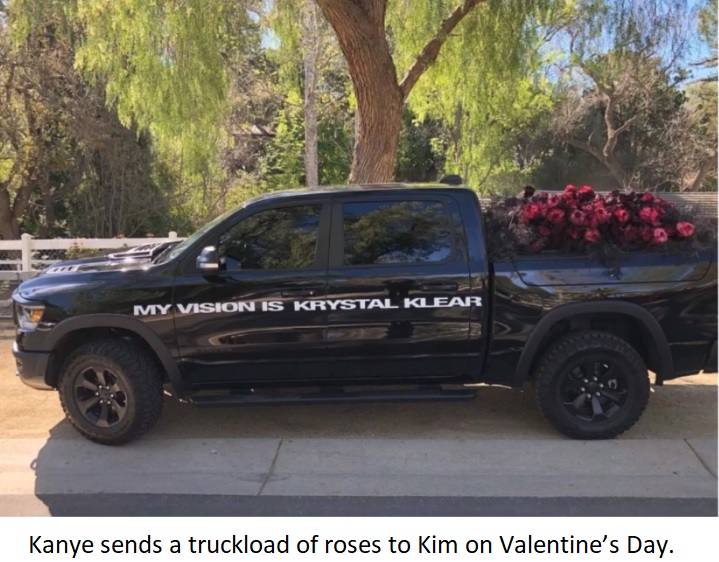 About a year after Kim Kardashian filed for divorce, Kanye West surprisingly sent her an over-the-top romantic gift for Valentine’s Day. It was a truckload of roses with the words “My vision is krystal klear” written on the truck.

Kanye hooked up with Julia Fox around the beginning of the year, but unfortunately, they’re no longer together.

It is being speculated that Fox could not bear the fact that Kanye keeps saying publicly that he wants to have Kim back as his wife.

Fox recently said that she has love for Kanye but she was not in love with him. When Fox was accused on social media for briefly dating Kanye just to get more fame and money, she replied saying “You’re only here for the fame, you’re only here for the money. Honey, I’ve been dating billionaires all my life, let’s be real.”

Initially, months before sending the truckload of flowers, Kanye accused Kim of not letting him see their four kids, but Kim fired back, saying that Kanye was trying to manipulate their situation in the media.

“Divorce is difficult enough on our children and Kanye’s obsession with trying to control and manipulate our situation so negatively and publicly is only causing further pain for all,” she said.